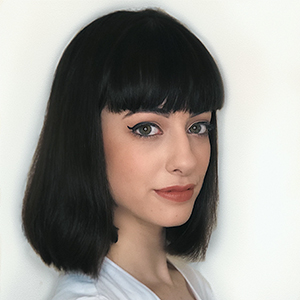 Lauren began her ballet training at 2 years of age, shifting to full time ballet study at 14, completing certificates III and IV in Ballet Performance at the Charlesworth Ballet Institute. With training in ballet, pas de deux, contemporary, Spanish, composition/choreography and drama, Lauren performed around Perth in venues such as Crown Theatre, His Majesty’s Theatre and the Regal Theatre. In 2016, Lauren visited Europe and the UK for two months, completing a number of auditions for finishing schools and pre-professional ballet programs. Lauren was accepted into Rambert School of Ballet & Contemporary Dance in London, the Akademie des Tanzes Mannheim in Germany, and the Geneva Dance Center in Switzerland. Lauren also took classes at the famous Pineapple studios with renowned teachers in genres such as modern jazz, musical theatre jazz and lyrical.
A month prior to moving to Germany, Lauren auditioned for the Moulin Rouge and was accepted, deciding to shift from full time ballet training to working in Paris as a professional dancer and showgirl. Lauren lived in Paris for over two and a half years, performing in over 1000 shows at Moulin Rouge, including televised performances and tours to Germany. The achievement Lauren is most proud of is performing the Cancan duo in the famous French Cancan. Lauren performed for amazing guests including Celine Dion, Cara Delevigne and Janelle Monáe, and participated in special celebrations including the 130th anniversary of the Eiffel Tower and the 130th anniversary of the Moulin Rouge itself.
Lauren returned to Perth at the end of 2019 to spend time with family and reconnect with her home town. Having always taught guest workshops upon her visits back home, Lauren enjoys sharing her passion for dance and performance with students of all ages and abilities. Lauren balances her high level training with a caring and friendly demeanour as a teacher to ensure students are engaged, excited, and can celebrate their achievements in class and on stage.

I just wanted to thank you for offering the class via Zoom. It’s so great for her to be able to join in with something fun every week and continue her dancing till things get back to being able to be out and about safely. It’s so important for children to be able to connect in this way and feel part of something familiar. This season, my boy has missed over 7 hours of soccer a week and I really feel for him not being able to have the physical activity and mental health benefits that gr… END_OF_DOCUMENT_TOKEN_TO_BE_REPLACED