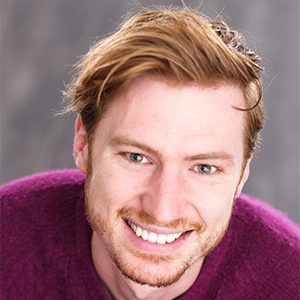 Jamie was inspired to become a triple-threat performer (singing, dancing, acting) when he was a child and his grandmother took him to see the show Brigadoon. He knew then that he wanted to be just like the performers onstage.
Originally from London, Jamie holds a Bachelor of Arts with honours, specialising in Musical Theatre. Jamie has taught drama, singing and dance at schools around the UK as well as in Perth, balancing his passion for education with his passion for performing.
Jamie has performed around the world, including on London’s West End in “The Sound of Music”, and instils his students with a love of performance and the drive and dedication to succeed and grow.

I just wanted to thank you for offering the class via Zoom. It’s so great for her to be able to join in with something fun every week and continue her dancing till things get back to being able to be out and about safely. It’s so important for children to be able to connect in this way and feel part of something familiar. This season, my boy has missed over 7 hours of soccer a week and I really feel for him not being able to have the physical activity and mental health benefits that gr… END_OF_DOCUMENT_TOKEN_TO_BE_REPLACED