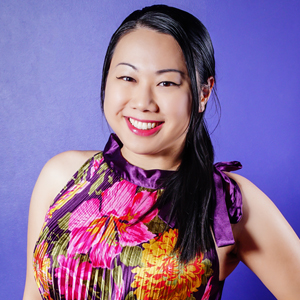 Stella Hui is an established professional performer, choreographer and teacher, and 2016’s Optus MyBusiness Australian Businesswoman of the Year. With over 20 years of dance and performance experience, she has performed and choreographed for corporate functions, public shows, large festivals, launches, TV commercials, music videos and more, both nationally and internationally. As the director of one of WA’s leading entertainment and production companies, Azure Entertainment, Stella is an expert when it comes to producing professional and high quality performers and produces her own events and shows around the state, including the award-winning show “Lucha Royale” which won Perth Now People’s Choice Award 2012. Stella also runs and performs with one of WA’s most reputable and highly sought after dance and performance troupes, Lady Velvet Cabaret, which was voted as one of the Finalists for “Best Australian Performers” for the national Eros Shine Awards 2011.

Stella holds a Bachelor of Commerce and has trained in Jazz, Lyrical, Hip Hop, Brazilian Samba, Hula, Burlesque, Salsa, Drama, Musical Theatre and even Fire Performance. Her performance credentials include Telethon, Sydney Salsa Congress, HK City Plaza Christmas Spectacular, as well as corporate shows for Burswood Entertainment Complex, Perth Convention Exhibition Centre, BP, Budweiser, Duxton hotel, Horizon Power and many more. She is extremely passionate about the dance and entertainment industry and aims to provide the best performance training and experiences for her students and teachers.

My daughter left your class yesterday on cloud 9! She was so happy with her progress and the fact that you acknowledged her progress in front of the class. The girls in the group have been so supportive and helpful. Your class is the highlight of her week. THANK YOU!

Thank you so much for being a part of the West Leederville Primary School Colour Carnival last week. We greatly appreciate your time in providing such outstanding entertainment for part of the day It was an extremely successful event and your group helped to create a positive and vibrant atmosphere. Please pass on our gratitude to your dance troupe members.

Oscar, his friends and all the parents had the most amazing time, and it was all because of how great the Urban Grooves party was run! There were smiles for days in our household, rewatching videos of the dances they created and the games they all played! Kids birthday parties are stressful. Honestly yourself and WAPS not only made this the most memorable birthday party Oscar has ever had but by far the most enjoyable for everyone, siblings, friends, parents and of course the birthday boy!!

I hope you have recovered after Saturday! What a spectacular evening! I just wanted to send a quick note to say what an amazing effort you all put in to produce a concert of such high standard. And all the kids did such an amazing job and all seem to just love it. On behalf of Sophia, I wanted to say a big thank you to you personally for the year too. She loves her Acro classes.

I just wanted to say a big thanks for organising Emily, Izzie and Beau to attend The Funarium! They were so great with the kids and we got so much positive feedback from the classes.

All of the students looked so happy & confident. You should be very proud.

I’d like to say thank you to WAPS staff for the end of year concert on Saturday and for all the hard work put in throughout the year, especially Miss Gina. Isabella has come a long way since the beginning of the year and built up confidence to do the concert. She had a great time and I couldn’t be prouder!

Just wanted to say thank you for attending the Chilli Fest – the ladies were great! They looked awesome and had so much fun having photos, dancing and providing atmosphere at the festival (even helping out at the chilli eating comp!)